The debut of our new Hone series is a big and bold imperial stout. It is a blend of bourbon barrel and stainless fermented stouts. 50% barrel aged imperial stout, 40% fresh imperial stout, and 10% Black Cobra Oatmeal Stout.
Rich and chewy fudge brings you to a nice kiss of raisin and stone fruit. Sweet vanilla and a dryness from the oak appear on the back.
Looking forward to the next blend

English Brown ales are characterized by their brown color of course, but also a medium body and dry finish.  They also tend to have a slight roasted malt character and some nuttiness.  Our version would probably be considered a Northern English Brown Ale because of its slight crispness that comes from the hops and some darker roasted malts.  It’s crisp and low in alcohol. Perfect for enjoying several while watching your favorite football team.
​

​I asked our longtime associate JJ "What kind of beer should I brew?"

He replied "A stout or porter sounds good. Oh, you should do a smoked porter."

A few weeks later and abracadabra here it is!

The base beer is a Robust Porter and we did a 50/50 blend of Pale Ale Malt and Smoked Malt to lay the foundation. 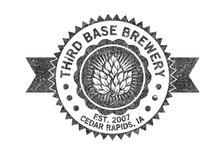 * Ask about our crowlers!

This unfiltered copper colored lager is just what we need for the late Fall and early Winter months.
It has slightly sweet malt aroma with just a touch of floral notes from the German hops.
Toasty, biscuit like flavors roll across your tongue with just a little bit of caramel sweetness.
Don't let the low ABV and IBU trick you. This is one flavorful beer that you will want to drink again and again.
Dry toast in a glass.

An American style Pale Ale, this beer isn't like its British sisters.  Bittered with Centennial hops early and a much heftier portion of Cascade, Columbus, and Centennial hops late to add the citrusy flavor and aroma.  We also use a clean fermenting yeast and let the gravity finish low to keep it dry, crisp, and leaving you wanting more.

Consumer advisory:  Thoroughly cooking foods of animal origin such as beef, eggs, fish, lamb, pork, poultry, or shellfish reduces the risk of foodborne illness.  Individuals with certain health conditions may be at higher risk if these foods are consumed raw or undercooked.  Consult your physician or public health official for further information.

Our take on an American Amber Ale blends Pale, Crystal, Munich, and Chocolate malts to for a malt backbone that supports a hefty dose of Cascade and Columbus hops.  It's malty, hoppy, and amazingly drinkable.

The Bees Knees is brewed with a small amount of caramel malts for color and honey malt for flavor, along with just enough hops to balance out the sweetness of the honey that we add in the boil.  We use 25 lbs of locally produced Wild Flower honey in every batch.  It is smooth, sweet and our most popular beer.

25 lbs of Iowa Wildflower honey at the end of the boil.

This is a rich and complex beer.  We use flaked oats and barley to add a certain "mouth-feel" to the beer, as well as dark crystal malts for some residual sweetness and body.  This beer is dark but it's also very approachable for all beer fans.  It has flavors of coffee, toffee, and caramel.  It's roasty and toasty.  Don't be scared!  Just try some!

This incredibly drinkable ale is made with malted wheat and finished with Columbus hops.  It is crisp and refreshing with just the right amount of hop bitterness to round it out.

The years almost over and we had some extra boxes of Citra hops remaining on our contract. Why pay storage fees next year when we can just throw them all in an big malt forward IPA? Right?
This one has huge additions of Citra in the mash, kettle, and dry hop
Flavors and Aroma: Pine, Fresh cut grass, Lemon Pepper, Passionfruit, Candied Oranges, and Grapefruit